Analogue cables are still the most cost effective way of sending video signals from cameras to a Video mixer. The output of Analogue video mixers, including the Datavideo SE 500, SE-600 as well as HS 500/ 550 models is analogue  (Composite) which cannot be streamed directly into many laptops, PC’s or Mac’s.

The answer is an Analogue to Digital converter were analogue video and audio are converted to DV/ Firewire/  IEEE 1394, ensuring that the audio and and video remains in sync when recorded on the PC/ Laptop with a Firewire input port. Many laptop manufacturers have dropped Firewire/ DV input , but Firewire/ DV is still a popular input on desktop PC’s and on most Apple Macs. On Macs the DV ports may look different, called Firewire 800, but converter cables and adapters are available 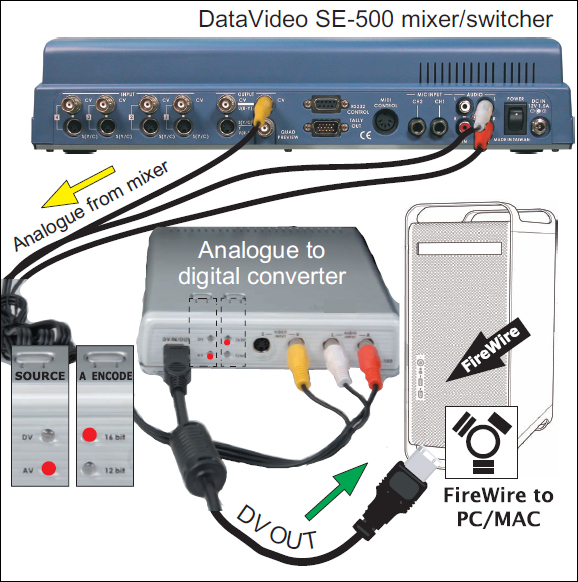